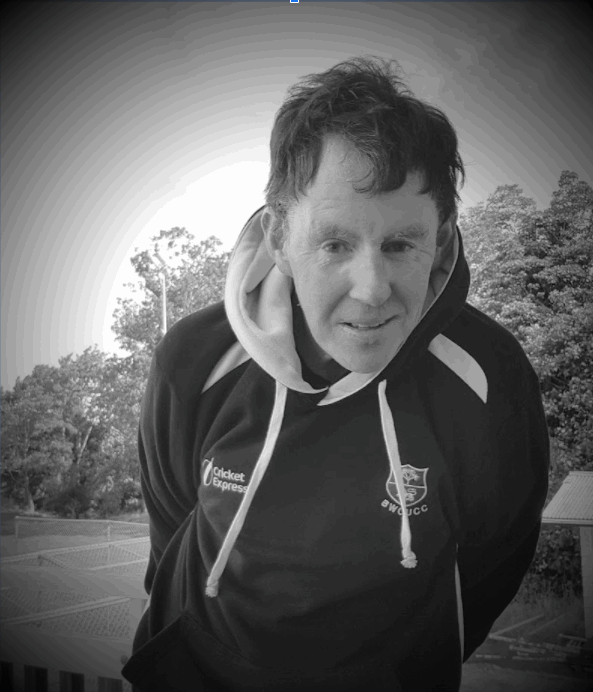 He is the guy that supports Burnside West Christchurch University. Come on Burnside!

He is the guy who supports Canterbury Varsity seniors. Come on the Vipers!

Jerry died, quite suddenly, on Sunday.

Jerry lived for his sport.

His physical and intellectual disabilities made it impossible for him to experience the exhilaration of scoring a century, of claiming that fifth wicket, of scoring that try or of making that tackle.

It was never to be for Jerry, the assembling his cricket gear in his bag the night before or cleaning his rugby boots of Friday nights (do players do that anymore?).

But his role in the team and his contribution to the match was just as important and meaningful to him.

His Friday night ritual would see him assemble his printed-off cricket draws in plastic covers, he would ensure that his trusty New Zealand Cricket Almanack was in his bag alongside his food and drink and meds. His Kings shirt or Crusaders jersey were laid out, together with his hat of choice: Burnside West for summer, Crusaders for those other times. Or maybe he was going to attend the New Zealand Bowls Champs at Burnside greens adjacent to his beloved cricket ground.

Saturday dawned: game day; and Jerry would have those same nervous butterflies!

A home game would have Jerry arrive at the ground prior to the start; I/c drinks. He would check that the plastic jugs were present and that the Raro was available in sufficient quantities along with the glasses and drinks’ tray. This was his domain and his ritual two or three times each playing day. There might also be a sage or, sometimes, ill-timed word to his boys. Encouragement or a “rark-up” in equal doses! “They needed that, didn’t they? Don’t you think?” he would say.

And winter with the Vipers hosting on Ilam 3.

Jerry was the scoreboard attendant and he never missed a beat! St Bede’s had taught him well when dealing with multiples of three, five and seven. And he would hand out the match-day programs on those chilly winter afternoons with that drip hanging tenaciously to the end of his nose!

It gave him great pleasure. He had a passion for stats, for creating folders for the club competitions and draws, player performances. He loved his association with the club teams, the Canterbury rugby and cricket teams, the Crusaders and anything dressed in black sporting the silver fern.

Jerry was a Life Member of the Burnside West University club; he was so proud!

Jerry was always well-meaning; he was polite and respectful. He could be irascible and intolerant towards his contemporaries when upstairs on a Saturday, with due cause.

From time to time last winter he would join us at The Brewers in Merivale for a beer and a chat. There was always an excitable conversation to be had around his beloved Burnside West. The Vipers didn’t figure much in our conversations; only one win all season!

He was more than grumpy when technology passed him finally when The Press stopped printing draws and results. I’ll miss his weekly phone call throughout the summer months checking on points, results and venues.

My recollection is that Jerry started supporting Burnside West Christchurch University in 1971-72 at about the age of 16.

Now there is a true club man!